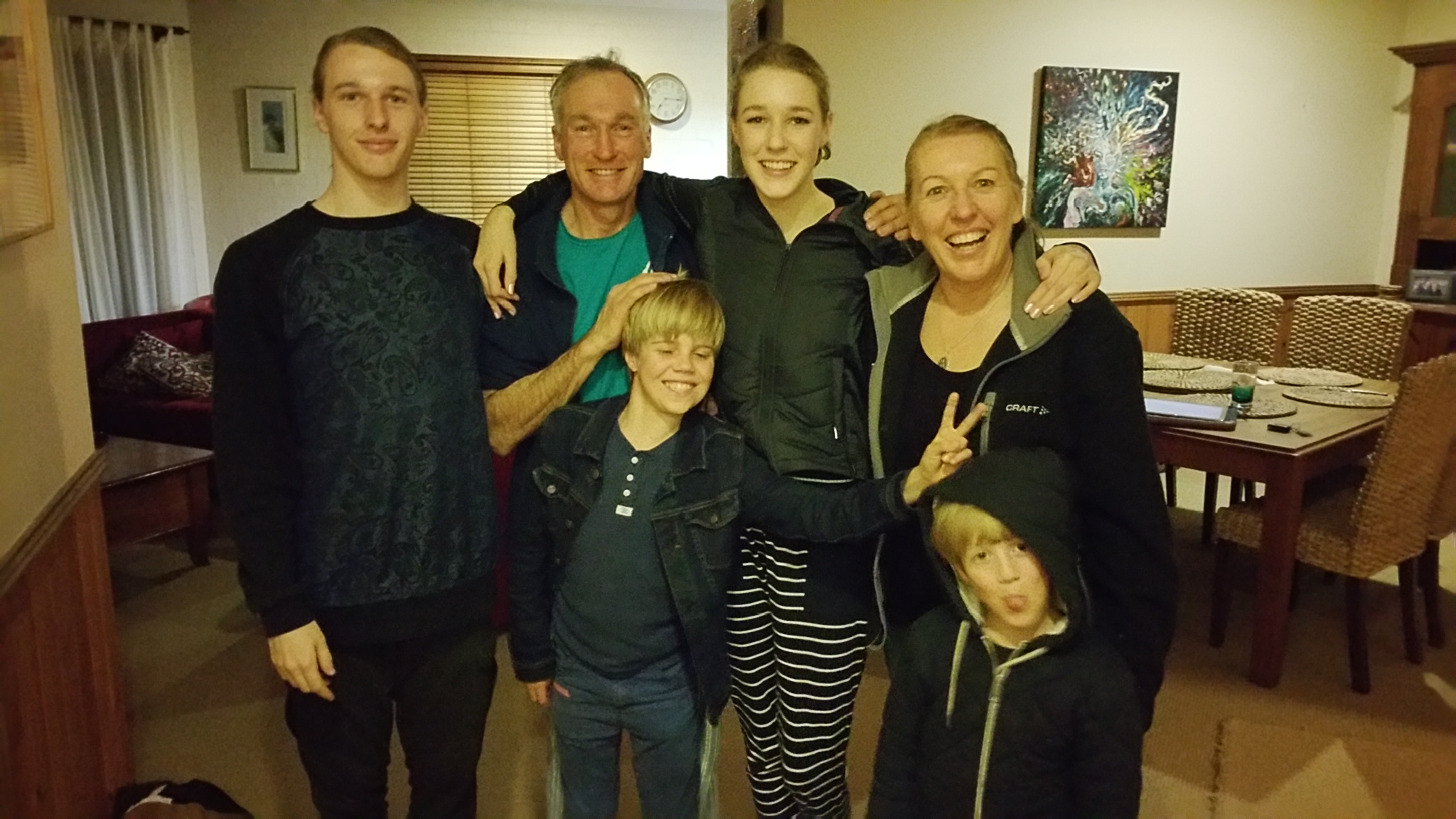 I’m going to be brief today – it’s already tomorrow as I write.

The day started with another breakfast meeting. We must be in Sydney. This time it’s Jill, my favourite cousin, with her daughter Rhianna and friend, Nadine. Rhianna, a thirteenish collection of acute angles when I saw her last, is now a poised and beautiful seventeen-year-old, just back from France. Jill is still the genuine and caring person she always was. She looks a little older than I remember. No doubt so do I.

After packing up the apartment, off to the car rental. I get some driving-in-Sydney tips from the taxi driver. Dropped just around the corner, we are practically inside the shop when the taxi reappears, honking at us. Seb’s bag, of course, has been left inside.

The car is a Corolla hatch, which gives me some comfort as there is no car on the road in which I have more experience surviving a serious road accident. However, the intervening few years have meant quite a change in cabin layout. Most of it I can work out pretty quickly but not the hazard lights, which I would have liked to put on when we hit some fog south of Sutherland.

That is getting a little ahead, however. A couple of hours at the Albanis’ give the kids one more chance to catch up and then it’s the drive south. Fog, as aforementioned, and rain but only briefly so bad as to make me consider pulling over. I don’t, and we live long enough to dine at the Tuckermans – David very kindly cooking for all of us at short notice. Jack seems well and happy, and I got the short version of his trip to Mexico with his dance company. Also met the new puppy. Arrived that day, he has no name as yet. By the end of our hour I’ve dubbed him Rufus (after Mr Wainwright) and might even get away with it.

Back on the road at 7.30, it’s a nominal two and a half hours to Canberra. We’re slower, however, as the windy road up through the hills takes its toll on Seb, who loses his dinner. After that he’s comfortable, and we make the rest of the run in good time, driving in to the city lights past giant trucks to a soundtrack of Infected Mushroom and Bloc Party. Late, but satisfactorily, to bed.