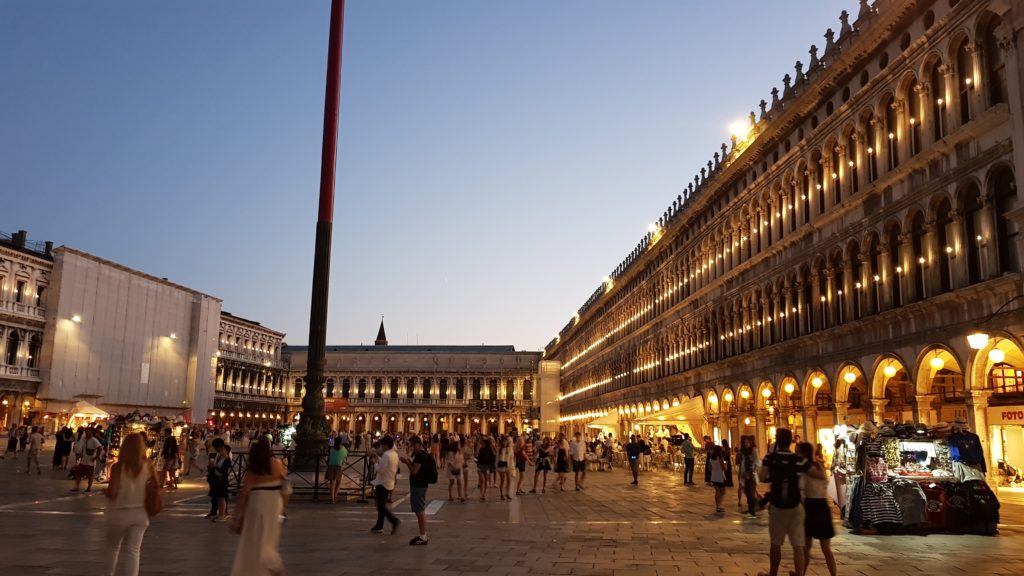 Our hotelier – a very handsome and fashionably dressed young man – looked at my passport and asked me, “You are of Israeli extraction?” He had just finished explaining that he despised “southern Europe – Spain, Portugal, southern Italy”, a degenerate bunch with the self-destructive habit of consuming coffee and croissants every morning. He loved northern Europe. “Some people say, the Germans,” and here he made an untranscribable noise suggestive of dismissal, “but I like.” He was a mongrel, he told us, part Sicilian but with a grandmother from Tyrol. “When I visit the north, it is like falling in love.” Innsbruck is 200km away.

He explained that the Chinese now owned a hundred of the best hotels in Venice, and they work like machines, not like the lazy Italians who, after an hour, and here he mimed texting on a phone. I half expected him to call his compatriots Eye-ties. Whatever you called them, apparently they stood no chance against a billion robotic hotel snafflers.

I was confused by the attribution of Jewishness. Confident that I was far too sloppily dressed to be mistaken for ultra-orthodox, I have never looked in the mirror and detected any hint of Semitism either in tone or physiognomy. But the matter was cleared up with his next query. The Lewis in my name is that of a Scottish island, I explained, unconnected (to my knowledge) with the proud clan of Levi. 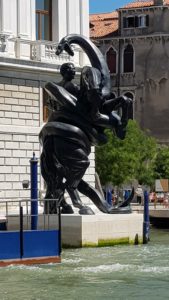 Yes, we came from Australia. “It is seen as a paradise, here,” he told us, “the only European country over there.” I quickly told him that the country was being overrun by the Chinese and would cease to be a white country within twenty years, which should kill any thought he had of emigration to avoid the Asiatic hordes threatening his homeland.

One of the things I’ve enjoyed about this visit is seeing how Europe looks, demographically. I’ve been surprised by the number of east Asian faces, all speaking fluent Italian (as far as I can tell). I’ve no idea how many Chinese are running hotels, but plenty of them are serving coffee. All of the fruiterers on the Rio Terà San Leonardo looked to me to be from somewhere east of the Middle East, but whether it was Pashto or Bengali they were speaking among themselves I had no idea. They certainly spoke Italian, too, and English well enough to tell me not to handle their wares as brusquely as any proud descendant of Guelph or Ghibelline.

In short, if the unassimilable Others I was warned of in Dubai are indeed here in Italy in numbers, they must be so ghettoed as to be invisible to the casual visitor.

As for today, we took a gondola ride, because Venice, and strolled the shops, buying nothing. A low key day. I think we’re ready for a holiday.