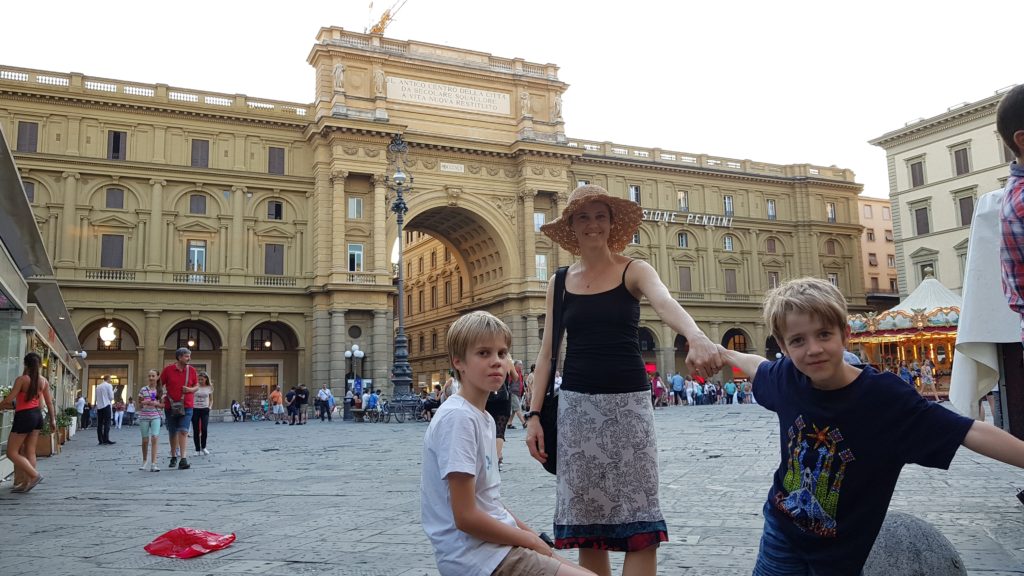 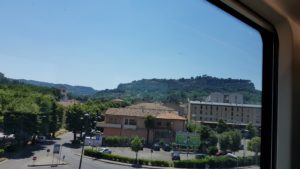 A harried morning getting on each other’s tits in Rome was followed by our first high speed train ride, the Frecciarossa, which was followed by a harried evening getting on each other’s tits in Florence. At one point Seb ran off into the crowd on the Ponte Vecchio, Anna ran off after him, and in a sudden flurry of schoolgirls I couldn’t find anyone. A minute later the crowd thinned like smoke in a breeze, Raf found me and we waited anxiously for the others to reappear. Trying, vainly, to suppress the anger that has its origin in awareness of one’s own culpability, I repeatedly demanded of Raf to know how confident he was that Anna had caught up with Seb before the crowd closed in on them. Eventually, of course, we achieved reunification, but the intervening minutes of fear lasted hours.

In fact, it has all been a bit emotional, and I don’t have the spirit for a full review of the day today. I will just jot down some impressions of Florence so far.

Just at the end of our street (the Via della Scala) is the Piazza de Santa Maria Novella, with its eponymous basilica in the corner. My first sight of it was like a shot of pure oxygen – it gave the immediate impression of being the work of people who were looking forward, not back. No weight of history, no pretending to a false Classical continuity, the bloody Corinthian columns an understated afterthought. No sooner had that thought occurred than related ones followed. Like Rome, there are apparently no 20th Century buildings. Like Rome, the streets are narrow. They do not meet at right angles. But they are straight and surfaced with asphalt, which may not be romantic, but three days pounding the cobblestones of Rome have convinced me that they’re not so picturesque as they first appear and they are brutal on the soles. Viva modernity, in this regard at least. 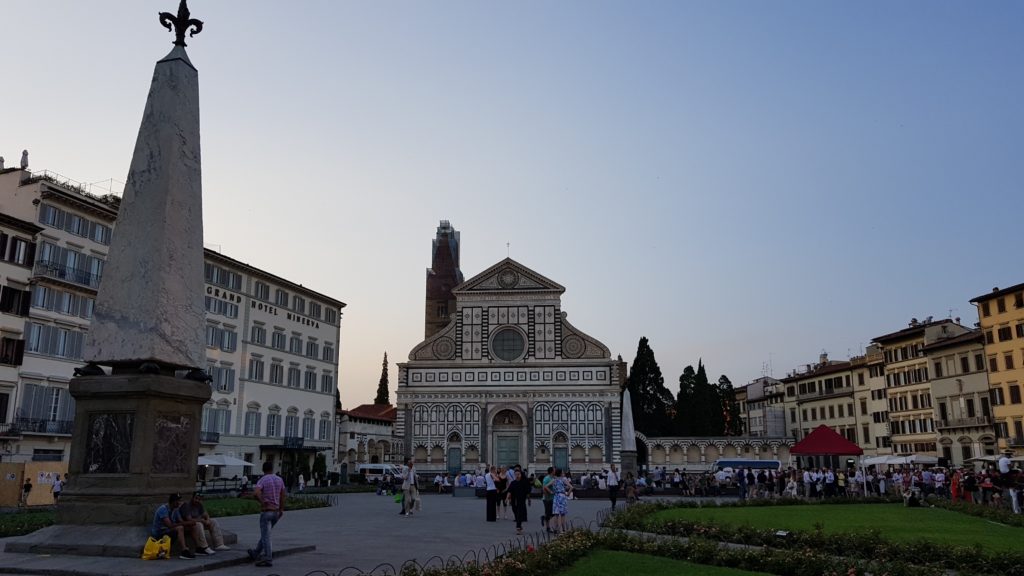 Secondly, Florence is one big catwalk. Where Rome is 50 percent basilicas and 50 percent ristoranti, Florence is 85 percent boutiques hawking the hautest of couture, and the citizenry is the most expensively and elegantly dressed of any town I have ever seen. In some moods, this would be my happy place. (Theoretically. After I win the lottery.) Tonight, clinging grimly to my sons’ hands, in the sour afterwash of terror and preoccupied with the parental failures of the day, I felt like the uninvited outsider at a party of richer, more fashionable and more beautiful people, and was content to skulk off the streets and leave the cool kids to it.