In the game CivCity Rome, one attempts to grow a Classical Roman settlement, striving to meet the needs of the electronically generated populace to keep them happy and thus breeding (or immigrating – the mechanism of increase is not clear: new people simply appear from behind the lunch shed. Ok, it’s breeding.) The ungrateful wretches must be housed, amenities such as shops and temples built, resources obtained, etc. Shops and tradespeople must be carefully situated – the citizens can only walk so far in their few hours of leisure, after all, to obtain meat, clothes, wine and (for the wealthier) glassware. 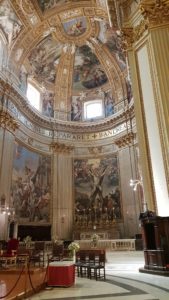 In addition, one’s city must meet minimum standards of adornment in keeping with the pretensions of its inhabitants. A curiosity of the game, however, is that culture is measured in bulk – unlike butchers, triumphal arches and equestrian statues can be bunged anywhere you like, so long as you have enough. The result, often, is the creation of cities with functional residential and commercial districts bearing a reasonable resemblance to a settlement of the real world, but with objects of art and beauty stuffed into the gaps left over that serve no other purpose, frequently invisible at a casual glance, or hidden behind one another and wholly inaccessible to the populace.

It turns out the game is an excellent model for the Rome of today. My overwhelming impression is of monumental architecture, obscured. Not to say in need of a lick of paint. And popes slapping their names on anything bigger than a fire hydrant, often several pontiffs per edifice. 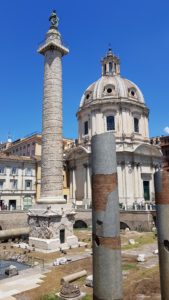 This morning’s stroll took us to the Basilica Sant’Andrea della Valle, the sort of Renaissance interior that would awe if one hadn’t seen five of them this week. Thence to the auld town – the Colosseum and the Forum, only the queues for both were horrendous and the shakedown artists mosquito-like. A walk along the Via dei Fora Imperiali allowed us a look at, well, the Fora Imperiali, listening to beatboxers, boom box techno and the importuning of selfie-stick sellers. 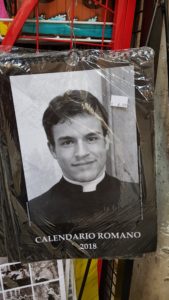 The absurd Altare della Patria – precisely the sort of tacky monstrosity CivCity would annoyingly require you to raze a lovingly grown and perfectly functioning suburb to make space for – provided the best argument I could think of for the continued existence of artillery. By the time I realised that some vandal (presumably centuries ago) had replaced whatever Trajan saw fit to put on his eponymous column with smug Saint Peter, jangling his keys at us worms, I was quite cross. The Trevi Fountain was at least as glowingly white as advertised after its recent renovations, but after that I put up no further resistance to the chorus of pleas for a return to the apartment to escape the worst of the sun. There are always things to raise the spirits, though, even in the brightest hours, and I took a moment to snap a picture of the sexy priest calendar that I’ve seen on sale at more than one street stall over the last two days. 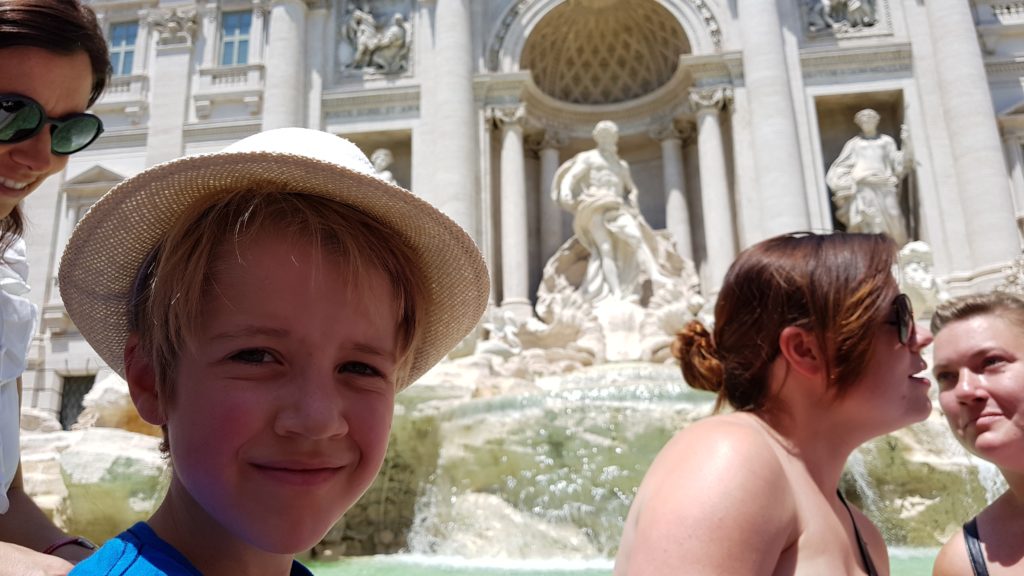 While the family rested, I had a poke around the clothes shops off the Campo de’ Fiori, transformed into a market by day, and with its street of upmarket boutiques trailing off to the southeast. 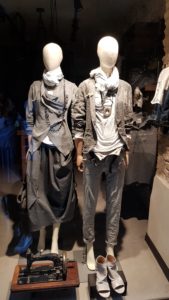 Siesta accomplished, we pushed it too far, with a (bus &) walk to the Pantheon – again the queues too long to make it worth the bother, and then a stroll along the Tiber north of our apartment, past the Castel Sant’Angelo and within sight of St Peter’s. By then I’d forgiven the old bird for his column squatting intrusion earlier, but it was too far to make it to the steps, and even with a hasty retreat, too many niggles between tired boys and a misplaced word or three had me in Raf’s bad books for an hour afterwards. Once we got things on some sort of even keel – and outlined plans to try to beat the queues tomorrow, I headed out for risotto while everyone else pleaded no appetite.

As I made my way back to the apartment after a late dinner, I saw that once again the campo was as noisy and full of life as a birthing suite, Sunday evening notwithstanding. By day, in June, Rome is overcrowded and its blemishes show. By night, it crackles with vivacity. This would be one hell of a city to live in – to be young and beautiful and, in the immortal words of Jarvis Cocker, adequately supplied with a range of amphetamine derivatives.

Europe 6 – An Embarrassment of Basilicas
Tagged on: Cathedrals    Europe