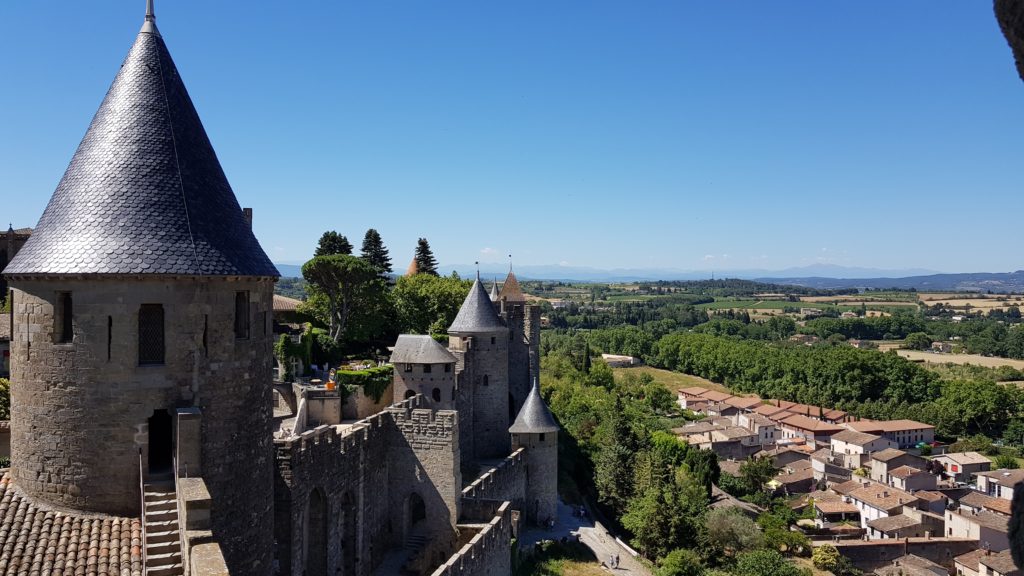 A day in la Cité de Carcassonne. Some reading up on the Albigensian Crusade (C was a redoubt of the Cathars, I learn) and a short lecture is delivered in two versions for the boys on the feudal system and mediaeval military logistics, then we’re off to the walled city. Which is every bit as magical etc, etc, even the tat merchants seeming somewhat subdued – the obligatory dungeon experience easily swatted away, the boys largely uninterested in replica weaponry. A tour of the keep offers wonderful views of the surrounding countryside, the later part of our stroll along the battlements marred somewhat by the testing of the sound system for the music festival that runs throughout July, a test that sounded to me suspiciously like AC/DC played at a volume that ought to have satisfied any of the band’s legion of fans. It didn’t last, merci à le bon Dieu. 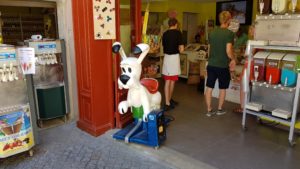 We paused in the Basilique de Saint Nazaire, attractive and, unlike a great cathedral in a major city, a comfortable, welcoming size. As we sat outside afterwards, a male quartet, unannounced, suddenly filled the space with song, Russian sacred music, stunningly demonstrating the acoustics of the space. They were advertising their CD, of course, but I dashed inside to catch what I could.

Back for a rest, I went for a walk in search of the picturesque heart of the newer bit of town, and learned that it isn’t to be found down any of the eastern half’s run down, sun-baked and lifeless streets. I was forced to find what encouragement I could from the street names, which honoured, along with the inevitable Racine, Molière and Diderot, the Joliot-Curies, Evariste Galois and a number of names unknown to me but described as “Martyr” or “Resistant”, with dates of death in the early 1940s, and dates of birth not many decades before.

We returned to the cité in the late afternoon – at what would have been dusk ten degrees further south, but even here in southern France the sky does not darken until past 10pm. Dinner at Restaurant Adelaïde and, yes madame, we get many Australians. Adelaide is a town there, no? Quoi? Un million de personnes? Une grande cité.

Watching Anna wrestle with a decision about whether to spend A$1,000 on a sheepskin jacket is awful, so I close my eyes until it’s over. When I open them, we still have the money and she seems comfortable with whatever rationalisation she has settled upon. All is therefore well as we return to the apartment for our last night in France. 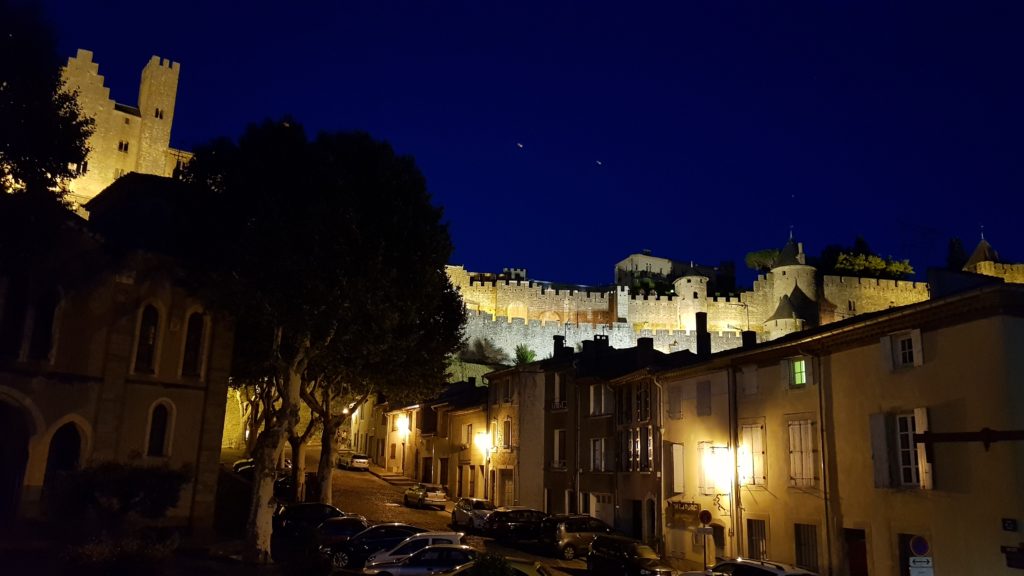