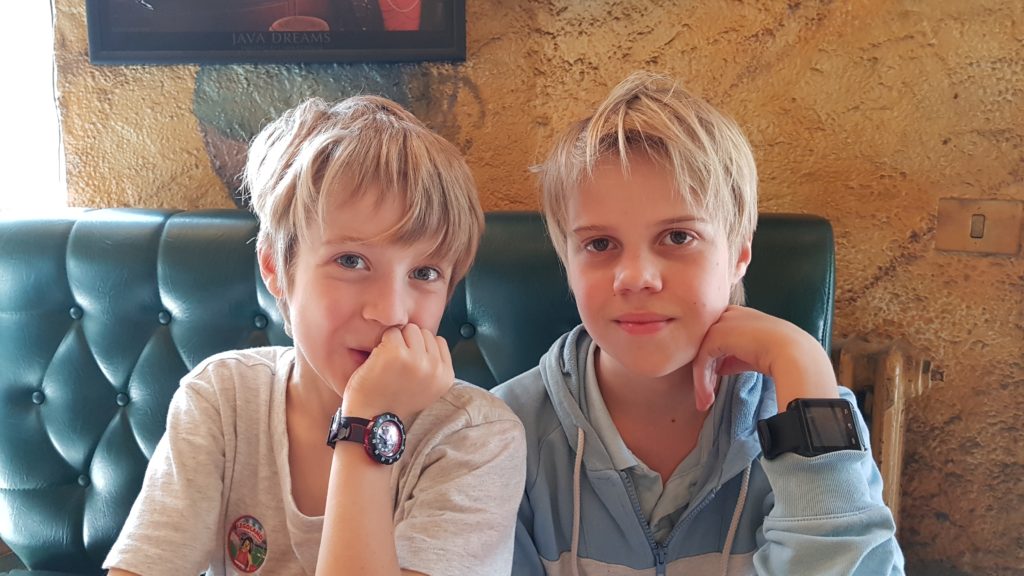 I have left this too long, partly because it was such a waste of a day. Forewarned that Schönefeld Airport is a national joke and to be early to allow for inevitable delays, we were early, and were evitably processed with efficiency and rapidity. That left us with the best part of three hours to pass, in Terminal B, waiting for our budget flight. I’ll say this for corridors in airports without much in the way of facilities – you get to watch people. People like the male American student being grilled by a striking El-Al staffer, who looked very much like he wasn’t used to having extended talks with beautiful young women of about his own age and that it was excruciatingly typical of the damn universe that he had to spend the entirety of this rare opportunity convincing her that his intentions towards the state of Israel were entirely honourable.

While waiting for the train, I dragged the boys into the street of Toulouse nearest the station for a drink. That strip seemed to have no brasseries or cafés, just bars. We plonked down in the first one I found without a sign indicating that enfants were interdit. Called Le Winger, the walls were covered in posters of the All Blacks. With an Australian’s natural ability to find all things New Zealandish familiar and ripe for appropriation, I cheerfully tipped the Parkinsonian barman a couple of euros for our sodas and received his “c’est gentil” with due magnanimity. It was only after I was half way through my Coke that I noticed that:

I leaned over to Raf and said, sotto voce, in English, words to the effect of “I think we should drink up and leave, quietly and without making any fuss. I’ll explain in a minute,” and to Seb the four word version of the same message. We drank up, and we went.

The Avignon train was fullish but we found seats and, feet on luggage, made it to Carcassonne, Seb asleep with his head in my lap, Raf’s head on my shoulder, this being one of the bits of the trip when I was in favour with my increasingly critical older boy. Anna’s train arrived minutes after ours and we put the band back together. Into Carcassonne, right under the famous walls, which promised adventure on the morrow.