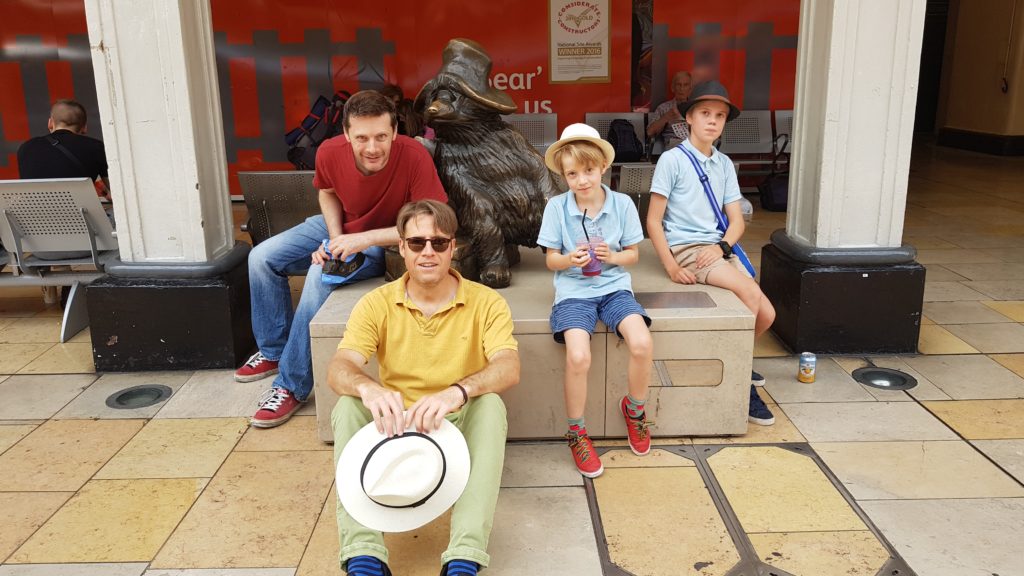 Early, with Louisa this time, to Paddington, leaving the rest of the Harvey Fryer clade still snoring. A 9am meeting with Acb, our first face-to-face for several years. As I mentioned to L on the train, every time I see him I look in vain for the first signs of ageing. This time, perhaps, for the very first time, I can see just one or two lines, a hint of grey. Which leaves only me now, of all the world, still looking exactly the same as I’ve always done. Well, I knew this day must come.

We are off somewhere – a special Somewhere, Acb’s pick and a secret, my only clue being that there is a minimal dress code (shoulders covered, no knobbly knees). A mosque, I guess, and am nearly right. The tube is overstretched, so we find a bus, and in the left front seat of the upper deck we catch up – his sister’s death, some health issues for us both, lovers come and gone. Plenty of smiles, some moments of reflection. And then, there it is, in the uncharted wastes of Neasden, the BAPS Shri Swaminarayan Mandir, the largest Hindu temple (for the time being) outside India. And it’s a delight – the ideal palate cleanser for a trip full of cathedrals, a hand-carved confection of fractalising marble. The locals are models of hospitality, thanking us for visiting, answering questions patiently and at length, as gracious as any Good King from a story. We do our honest best to be the guests they deserve, and only once sense that we have forgotten ourselves sufficiently to talk loudly enough to distract one of the worshippers. At the end, with honest regret, I plead that family commitments prevent us from staying for the prayer service which we are invited to join.

Those commitments are waiting for us back at Paddington Station, two excited boys and Anna, who is off to see her ex, Mehmet. I am relieved to see that her nerves at that forthcoming meeting, in evidence over the last 24 hours, seem to have abated. Wishing her a fulfilling day, Acb and I steer the boys in the direction of the Science Museum, where Uncle Acb quickly turns into the sort of uncle that nephews adore. All three get told, more than once, that if they don’t behave, none of them will be getting any ice cream. 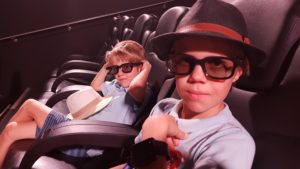 The museum has something for us all – some ancient computers, several of which I have used, a reconstruction of Crick and Watson’s 1953 model of DNA, rebuilt in the 1970s using several of the metal elements that appear in the famous photograph, Stevenson’s Rocket, the Command Module from the Apollo 10 mission. We watch a short 3D movie about the Apollo 15 mission, in a cinema fitted with chairs that jolt us about in synchrony with the events depicted. Seb, in particular, is delighted.

Goodbye to Acb and back to Bray to leave the kids with the babysitter, Steven and I then back into London on the train. Our (fairly minimal) efforts at presentability are undone by a carriage like an oven, the air conditioning completely overwhelmed by the numbers and the conditions. We squelch into the Southbank precinct to find our womenfolk at a riverside Mexican joint. A text from Anna on the train tells me, mystifyingly, that “Member still with [her]”, which utterly defeats me, so I am unprepared when I arrive at dinner to find her ex-husband sitting at the table. Unprepared but, I discover, unsurprised and certainly unshocked. We don’t have time enough to make proper acquaintance, but the meeting is a happy one for me and, I trust, for Mehmet. I hope we will manage another hour at least before we leave the country on Sunday. 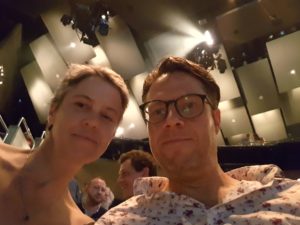 After dinner, next door to the National Theatre, and Yaël Farber’s reimagining of the tale of Salomé. The production is astonishing, visually a dynamic Renaissance painting, the mood intense, the almost ceaseless singing heroic and beautiful and a core element of the work. Together, those elements make a stunning impression. If some of the actual words sounded more like the study notes on the text rather the script one might have hoped for, while others flirted with pretension, one could overlook such flaws in the overall emotional experience. A memorable night.