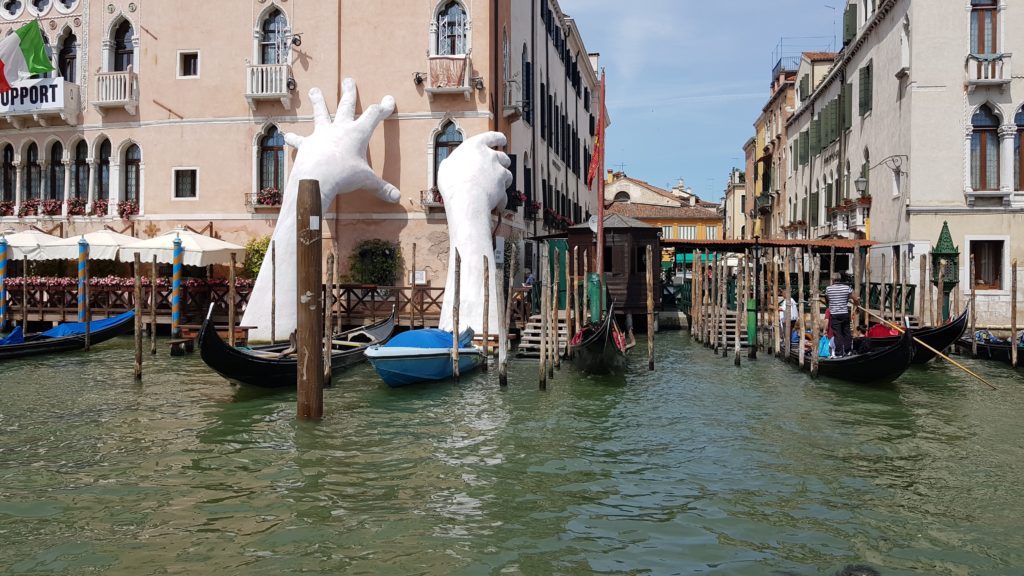 This morning I lay and watched my older son struggle to find a comfortable position in dreamworld and was struck, as never before, what an arrogant act his creation had been. With what unconcern I had been complicit in the creation of an entire universe. For what sum of experience I must take my share of responsibility. His sorrows. His end. He is twelve. His life enriches mine beyond anything looked for, but also burdens it with a guilt of which I will never be entirely free. And then, something in his dream filled him with delight, and it was so pellucidly reflected on his face that the room brightened like a firework.

I should not have spent today today thinking solely of my first born, for it is my second son who was unwell. After yesterday’s illness he held up well, but the close atmosphere and rocking of the river bus took their toll. Principally for that reason, our trip out today started late and ended early – a visit to the Piazza San Marco, a brief wave to the winged lion, and home again, where I think I was not the only one to get a little more sleep. 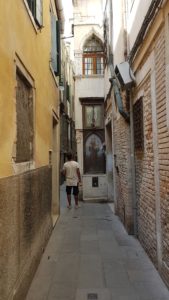 In the evening, though, it was Raf and I who set out again to find dinner. Once again, we took the river bus to San Marco. The man sitting next to us had the Corriere della Sera on his lap. The front page was dominated by news of the death of Helmut Kohl, and the image was of him and Mitterand at Verdun. I explained to Raf about Kohl’s role in the reunification of Germany, and the previous division of the continent. He asked questions about Communism and I filled his head with propaganda, because all such discussion is propaganda. All one can do is explicitly label it as such. We talked about European unity, and the astonishing time during my university days when it seemed that every night’s news broadcast was of a new world being made.

He and I had dinner in a restaurant in one of the absurdly narrow lanes in the San Marco district. We laughed and were easy with each other. He told me he loved me. I told him, “I love you, too, more than I can say. More than I show, at times.” Afterwards, at my suggestion, we walked in the approximate direction of the Ponte de Rialto (de, I learn, not di, because this is Venice) so that we could cross it. Having done so, we realised that the only sensible way home was to cross it straight back again and either catch the bus or walk. I pounced eagerly on Raf’s suggestion of the latter, and we made our way home, through the grey but lively streets, under the greying but still bright sky.