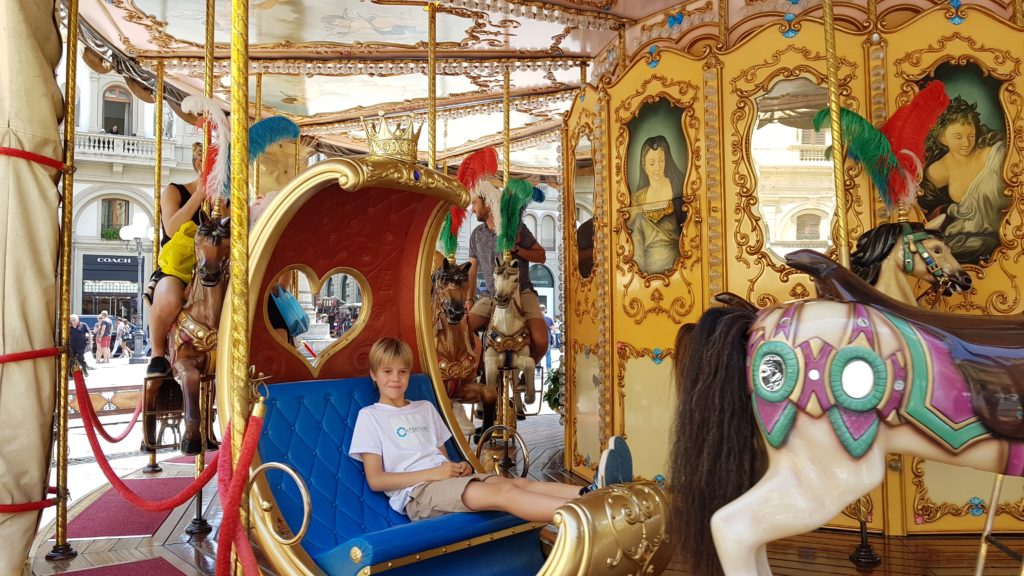 Some more random observations on Florence and/or Italy: 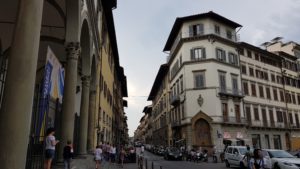 We live at Via della Scala 41. Like all civilised places, Florence numbers its streets so that all of the odd numbers are along one side and the even ones the other, and yes, I’m looking at you, Rome. However, our apartment block is right between Via della Scala Some Number Quite Close to 41 but Definitely Not Either 39 or 43 and The Joshua Tree Bar, which is also neither 39 or 43. The idea of putting the numbers IN ORDER apparently occurred to nobody. I’m not even sure that each house has a unique designator. I have a vague memory of seeing two number 35s – some doors apart, naturally. 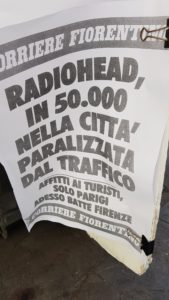 For every purchase, no matter how trivial, one gets an invoice/receipt. A few days ago at Roma Termini station, I was given a handwritten receipt for €0,70 for the use of a public toilet by a solemn woman whose job it was to stand outside the loo for that purpose. The docket noted the date and time as well as the purpose of the transaction. Apparently, had I already ordered food from one of the stalls I would have been spared the charge. The children weed for free.

The purpose of this flurry of paperwork quite escapes me. Do Italians claim piss breaks as deductible expenses on their tax returns?

Some of the one- and two-seater electric cars I’ve seen tootling around the laneways of Florence are simply the darlingest things ever. I want to see a caper movie in which the cops chase the robbers in them, at 35 km/h, perpetually having to stop to avoid running over slow moving American tourists engaged in animated conversation with other slow moving American tourists, oblivious to the architectural beauties that surround them and, indeed, the traffic. How could one not love any city which has rendered Range Rovers useless encumbrances, rather than just their drivers? 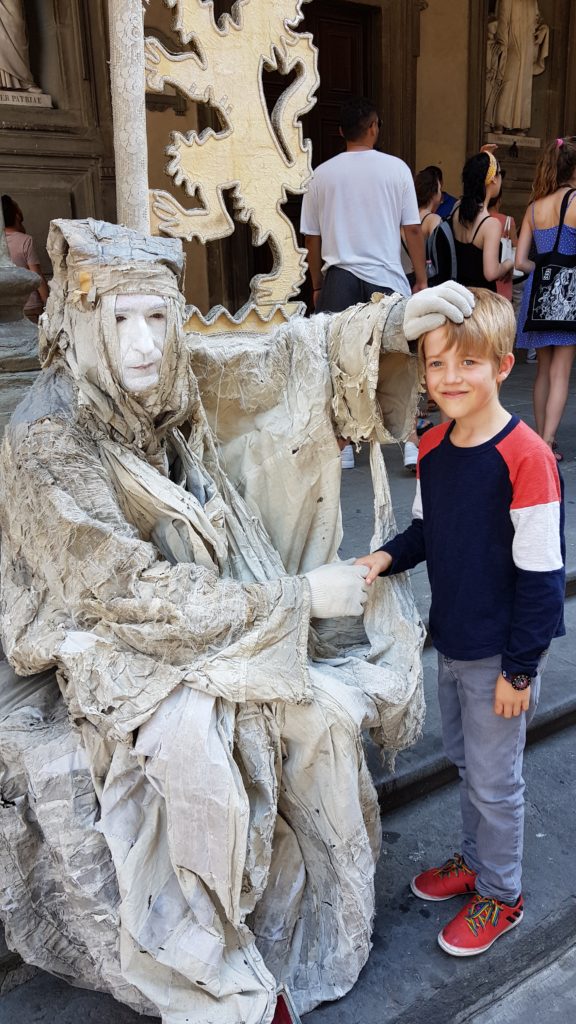 Yes, yes, the day. Morning to the Cattedrale de Santa Maria del Fiore – the big one, with Brunelleschi’s great dome on top. The queue was already an hour long – there were signs at intervals along the side of the cathedral providing the timing estimate. Sodding that, we ambled southwards, pausing for drinks before Anna and the kids backtracked to Piazza della Repubblica and the carousel, while I explored the ticketing system at the Uffizi with the aim of making it as painless as possible when our pre-booked time arrived. It was time well spent, and at the appointed hour we only had to wait perhaps 30 minutes before we made it inside, and I only had to beg a bored Raf twice to desist from annoying his tired brother for entertainment purposes. Having explained how much this visit meant, and asking him bluntly, man to man, not to fuck this up for me, the kids got with the program and I can have no complaints about their patience, even when we pushed into a second hour (including drinks break) and tested it sorely. Good kids. I take back everything I’ve ever said.

So, a good hour in the company of Ghirlandaio, Caravaggio, Leonardo and Titian, and the soul is better for it. The highlight, for sheer surprise, Rosso Fiorentino’s Moses Defending the Daughters of Jethro, a dynamic, nearly modernist act of violence, painted in about 1523.

Europe 10 – You’ll Uffizi and You’ll Bloody Well Like It
Tagged on: Cathedrals    Europe