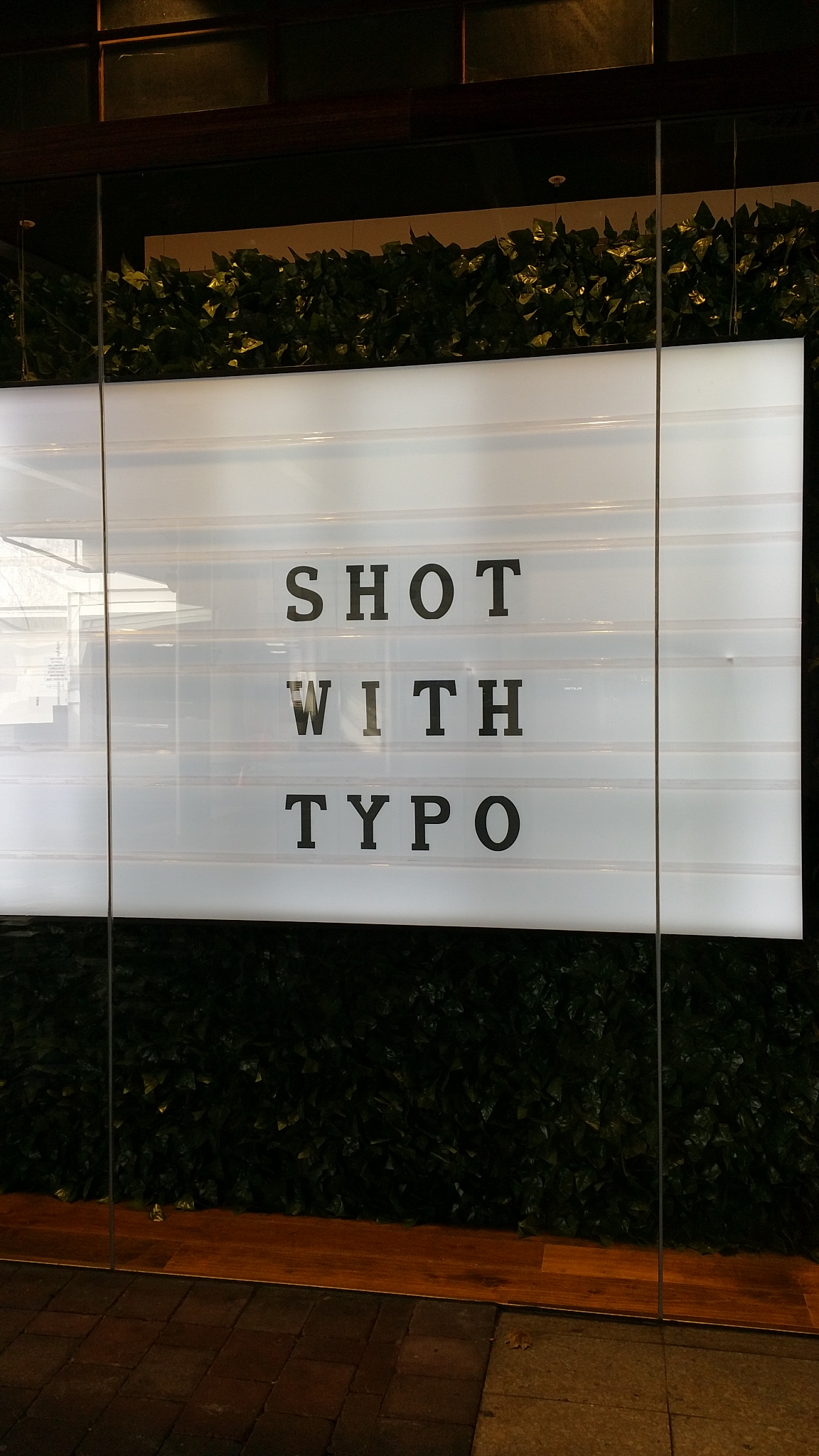 Not the best day, although I suspect that I feel it most.

Into the city, and there have been changes in the 20 years since I was last here. The most obvious is the sprawling enclosed mall that now essentially comprises the eastern city centre. It’s clean, modern, has good toilets (not a trivial thing when one has a six-year-old in tow) and goes on forever. Anna would hate it. But then, there isn’t much about Canberra that Anna wouldn’t hate.

After filling up with high calorific content breakfast, I decide that we can walk to the War Memorial. We can, and the visit itself seems to reach Raf on some level, although he probably didn’t need his father banging away trying to impress upon him the significance of the events commemorated, including the social changes – significantly for women – that flowed therefrom. Still, not a complete waste of time, and I got to renew my acquaintance with my favourite piece of commemorative sculpture, the naval memorial. The fountain’s not working, regrettably, but the androgynous frogpeople emerging from twisted metal are still the same odd combination of sensuality and menace that I recall. The whole thing is a curious creature – Soviet heroic by Picasso. 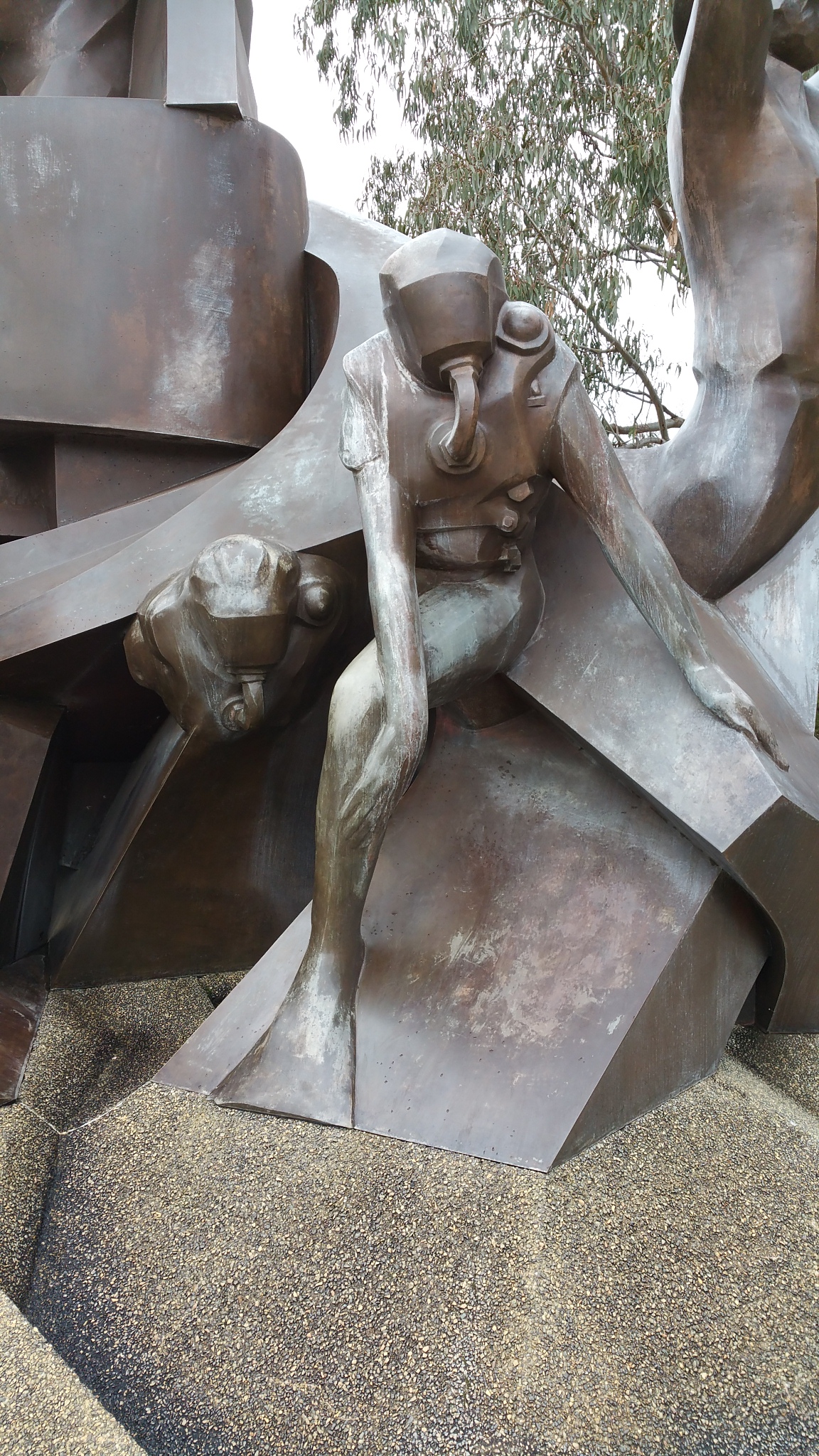 From there back to the car, which means we’ve already walked about three kilometres, although some mitigation is achieved when we find a shopping trolley in Glebe Park and I put Seb in it, feeling a bit like the man in Cormac McCarthy’s The Road. We deliver the trolley back to the supermarket and pick up the quadcopter. Casting about for a good place to fly it, I suggest the Australian National University campus. It’s at least another kilometre, but we do, and Raf has his second proper go at the new toy. His control is coming.

But so, here I am, on ANU campus for the first time in two decades, and right next to the new Research School of Chemistry building, which manages to look exactly like a building would if it were grown like mould but without giving the sense of being in any way organic. Which means that I am, quite possibly, within a few yards of the kind, nurturing, gentle man who was my academic supervisor and on whom I walked out, work uncompleted, twenty years earlier. I waver, but decide eventually I must go in to – do what? Apologise? Exorcise? As we are going in, Seb needs a wee, so back we go across campus to the public toilet and then more wavering. I offer to leave the kids in the refectory with a smoothie but Raf, I think sensing that this might be an opportunity to see me in an interesting situation, decides he wants to come, so back we all go, through the airlock-style double doors designed, no doubt, to keep out the winter chill, and up to the security desk. Nobody home. Someone is passing – a member, I’d give odds, of the academic staff – and I ask if Professor Easton is in. There is a phone on the desk and I’m given an extension to call. No answer. Some more enquiries follow before I’m told he’s out for the day. And so, back to the car, mission, if such it was, unaccomplished.

A quick detour to take a photo of my old house in Ainslie and earlyish back to the hotel. In all this – probably six kilometres walked, no real fun – Seb has just kept going, singing to himself, finding amusement in the smallest of things – a kerb to climb on, an automatic door – and not a hint of dismay or complaint. Tomorrow, I will do better by him and Raf. I can start by taking them out for a good pizza, which I do, and then all in big bed for the last few chapters of Edward Tulane.