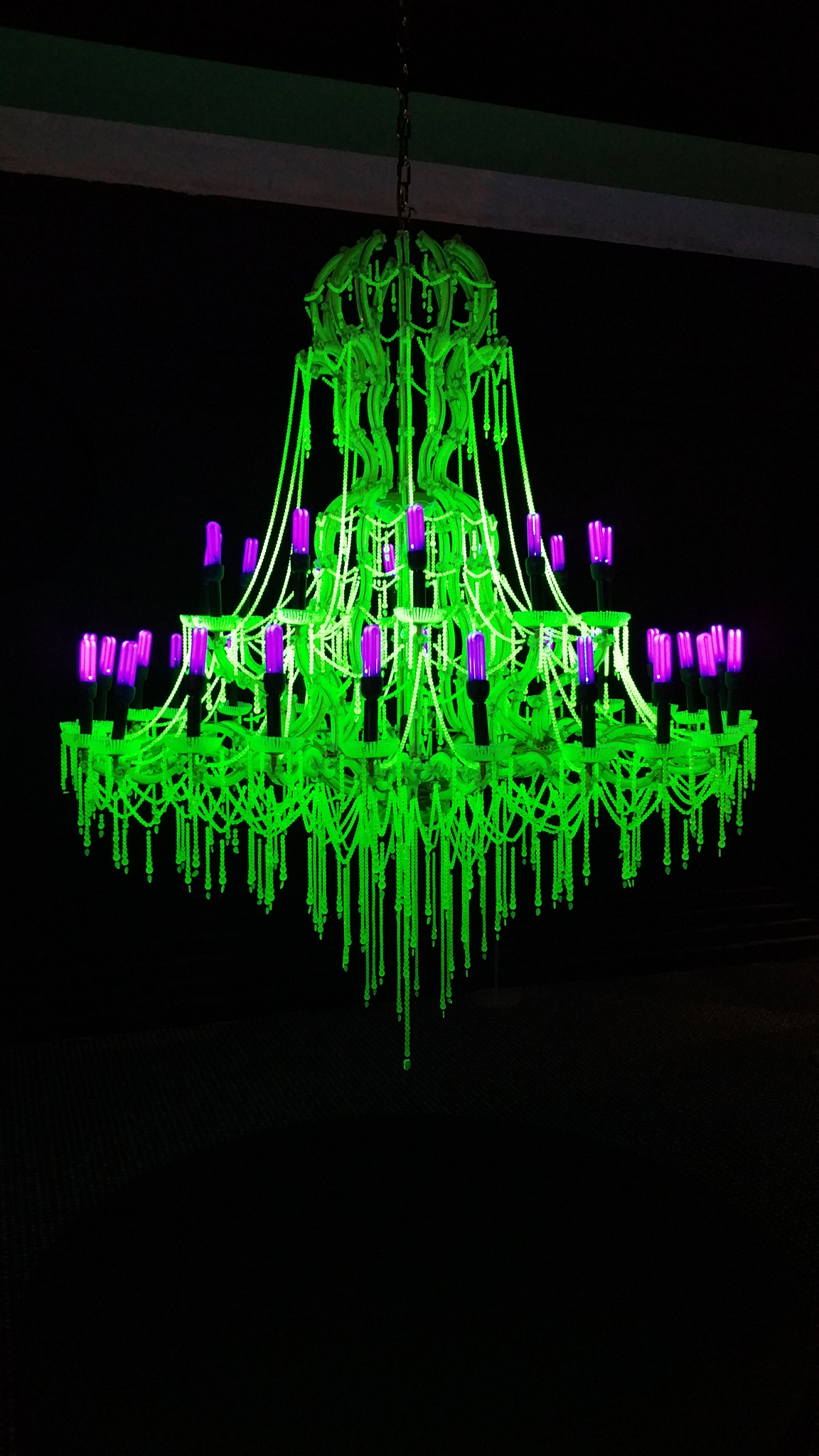 With his son he’d run and play
And giggle, breathe and sing
And even sleep as long as they
Were in a bed sized king.

Oh, what a difference a metre makes.

A good night’s sleep and a good thing, too, for Sylvano is live tweeting his crossing of the Harbour Bridge while I am still encouraging sleepy boys out of pyjamas and into daywear. Then out into the rain, in which the lack of an umbrella is noted, triggering the first of the day’s observations from the back seats about the amateurish nature of the expedition leadership. We find the café without too much sog, however, and Sylvano is not kept waiting too long. Coffee and croissants. More hot chocolate. At least if there were marshmallows, I did not see them.

From there to the shops, which were shut, and so at Raf’s suggestion to the top of Centrepoint Tower – my first visit. There is a “4-D” movie before one ascends. It is four minutes of bland tourism commercial, certainly, and about four seconds of creative thought went into the planning stage, at a guess, but I was struggling to work out where the extra dimension fitted in. The answer came when, in a surfing scene as stereotypically Aussie as an emotionally inarticulate labourer in a blue singlet drinking VB while holding barbecue tongs, we felt a mist on our faces. So pleased were the creative geniuses with this trick that we were subjected to it twice more, along with a moderate wind effect from a hidden fan. As we left, Raf and I decided that, henceforth, we would always use the term 4-D to denote turning on the sprinkler.

Once up, the views are fine, of course, but perhaps the best effect was provided by the clouds scooting past below us. I ducked out of the no-it’s-not-obligatory-just-a-bit-of-fun photograph in the foyer on the way up, which meant that I was not included in any of the badly photoshopped pictures in the personalised souvenir book shown to us as we left. It was almost worth it for the “now-show-us-your-scared-face” photo of the boys looking mock-terrified in the presence of an enormous koala, which was so tacky as to be nearly funny. But not funny enough, and I didn’t even ask how much more of the quaint local currency the bored teenagers on duty were expected to try and extort from us foreigners in exchange for our portrait with Blinky Zilla. We got coffee and juice round the corner instead.

The shops were open by then, and I found several pairs of shoes which were each different in precisely one respect from my mental image of my next pair – one was the wrong colour, one was only a smidgeon off in the styling and one was just slightly twice the price I was prepared to pay. I assume I was feeling reasonably good about myself at the time, because I failed to buy all three pairs.

So it was off to the Powerhouse, where Raf showed his increasing independence (aided by his now familiarity with the place) by disappearing off ahead for periods, imbuing the entire visit for me with a sense of low level anxiety caused by not knowing where, in a city of five million, one’s firstborn is currently located. Seb did some weaving. 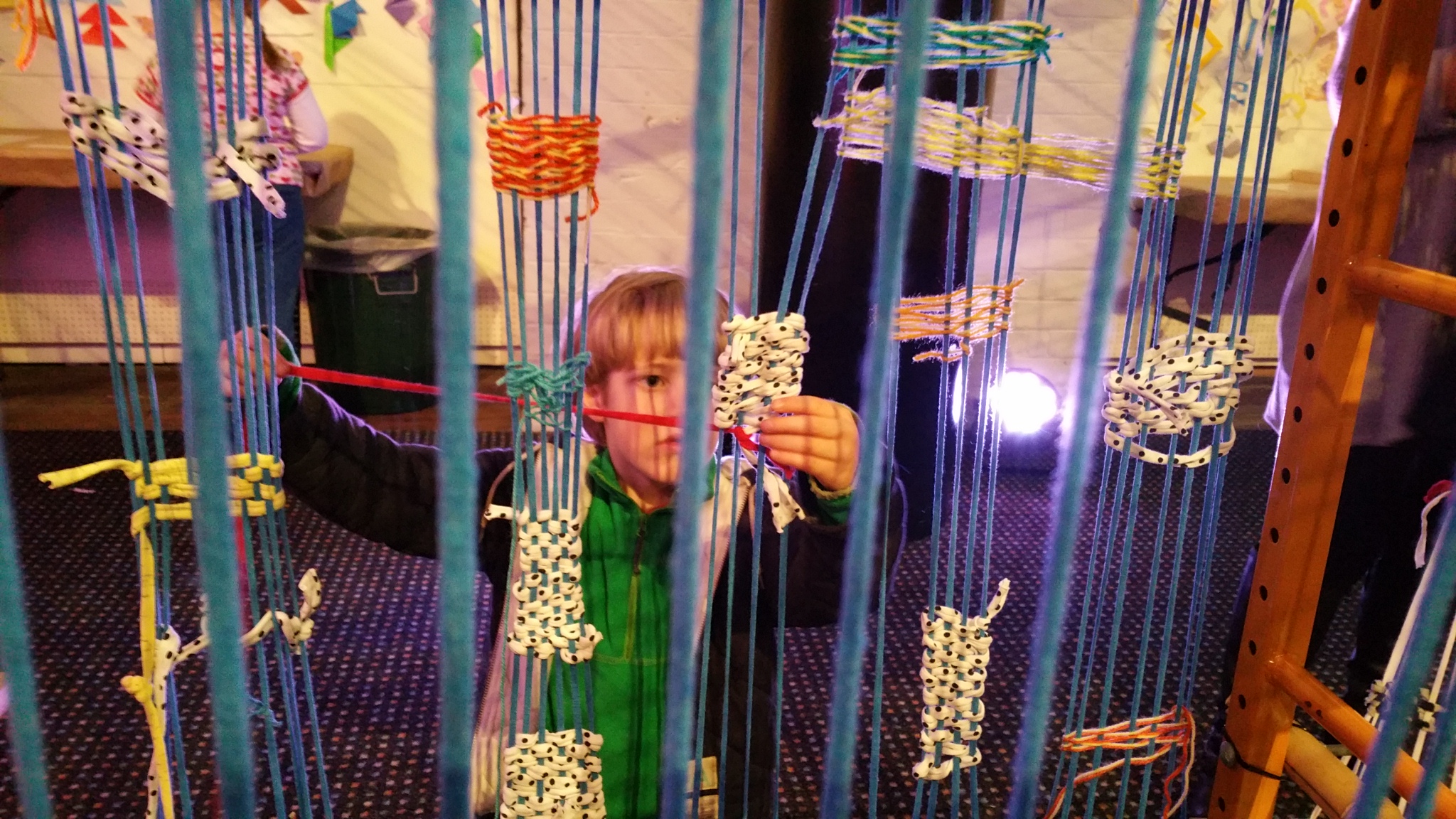 Walking out of the museum, I relied on my phone to get us in the direction of Darling Harbour and the restaurant district at which we’d eaten the previous day. We ended up in Sussex Street, which turned out not to be Darling Harbour but still adequately supplied with Chinese restaurants. Raf spotted a food hall which was downstairs and pleasantly authentic. The only white faces in the place, I clearly surprised the stallkeeper who fed us with my request for a pair of chopsticks. Raf’s choices of dish were good, too – the pork meatballs going down a treat with all three of us.

Bellies full, feet sore, it was time for a break. Another few hundred yards up George Street took us to the cinema, where we discovered that the makers of the Ice Age films had, at their fifth attempt, gone once too many times to the well. Seb laughed uproariously at the slapstick but Raf contented himself with an occasional chuckle. I fell asleep. Raf & I agreed afterwards that it lacked the joie de vivre of the earlier films and even Seb seemed content for it to end.

From there, a quick visit to the Queen Victoria Building – highlight: Hobbyco. Quadcopters were admired. Lego was considered. I restrained myself from buying an X-wing. We bought some takeaway and came home to what would have been a very comfortable evening save for the disaster that befell Raf on the train from Town Hall to Circular Quay – his wallet got on the train with him but failed to alight. He was very sad, but fortunately went through the entire grieving process in about an hour and was comfortable again by bed time. Edward Tulane for the third night in a row, and for the first time even Raf too tired to get through a full six chapters. Tomorrow, we have promised ourselves a sleep in and breakfast in the apartment.

East of Eden – Day 4 – Highs and Lows
Tagged on: Family